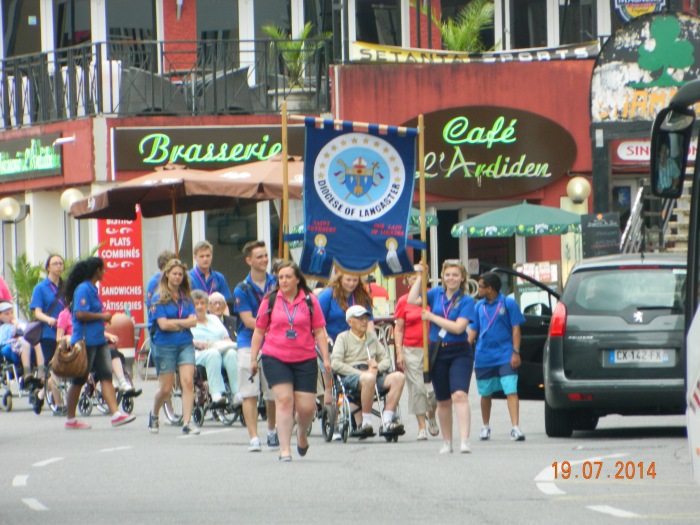 Returning yesterday from our Diocesan Pilgrimage to Lourdes, I am reminded of the powerful reality of pilgrimage for the life and faith of believers. 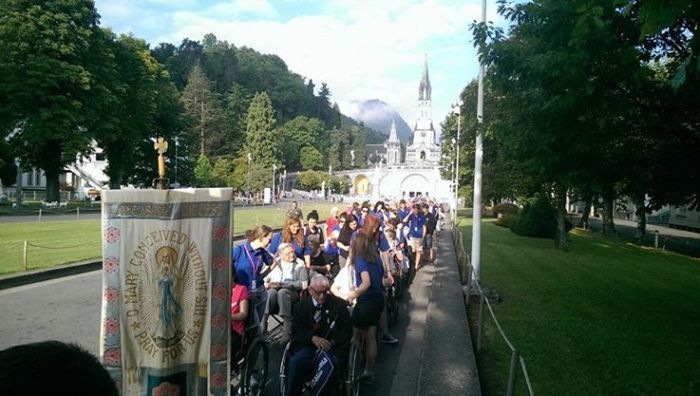 A prominent feature of Catholic life, and particularly at this time of the year, is that many Catholics go on pilgrimage to a holy place. 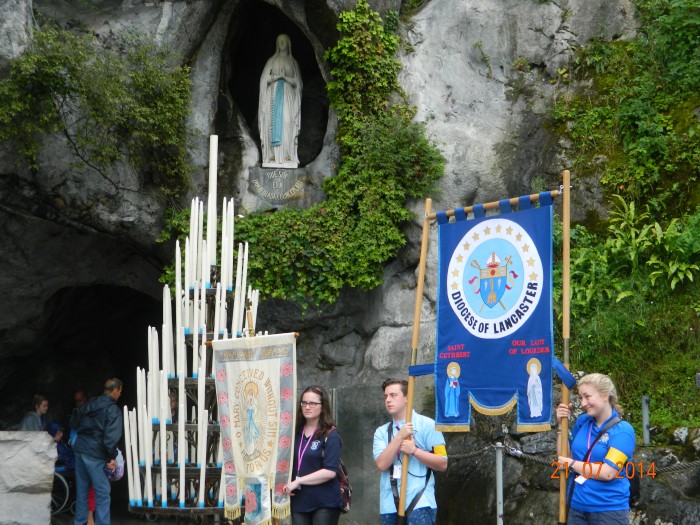 Or perhaps we might express it better by saying that such Catholics feel the need to go to a holy place, to be quiet there, to pause and reflect within themselves, and be open to the presence of God. 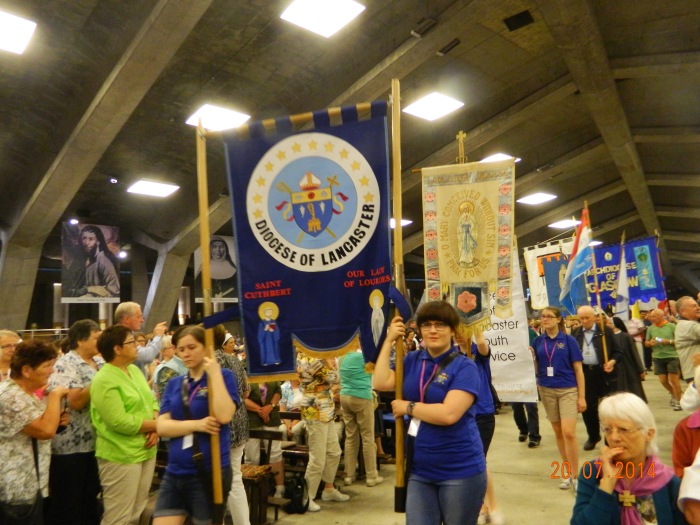 I think for example of the constant pilgrimages to the well-known shrines of Our Lady, such as Knock, Fatima and Lourdes in France. Another ancient place of pilgrimage, associated with Saint Patrick, is Croagh Patrick, ‘The Reek’, in the west of Ireland, where on the last Sunday of July an estimated crowd of twenty-thousand pilgrims, whatever the weather, make the arduous climb up this revered mountain to pray and to be present at Mass on the summit.

One can also mention Iona in Scotland and the very popular and ancient shrine of Our Lady at Walsingham, in Norfolk, and course the shrine to St. James the Apostle in Compostella, Spain. Readers will want to add their own favourite shrines and places of pilgrimage, for there are many. 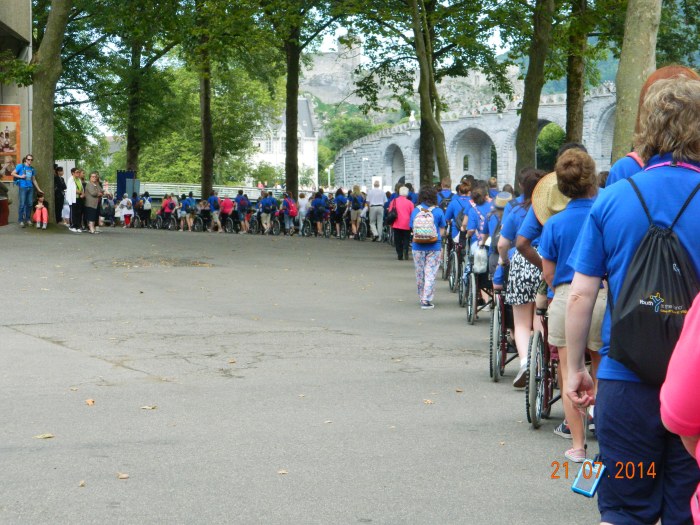 What is the appeal to the modern person of pilgrimage? One immediate answer would be the company and presence of other like-minded friends and pilgrims, who help us to share impressions and thoughts on the journey that is pilgrimage. Yet the widespread appeal of embarking on pilgrimage requires a deeper answer.

Despite the tremendous advances of every kind today, and all the comforts of modern life which we enjoy, there appears to be a yearning in the human spirit for something much more which will purify and satisfy us. 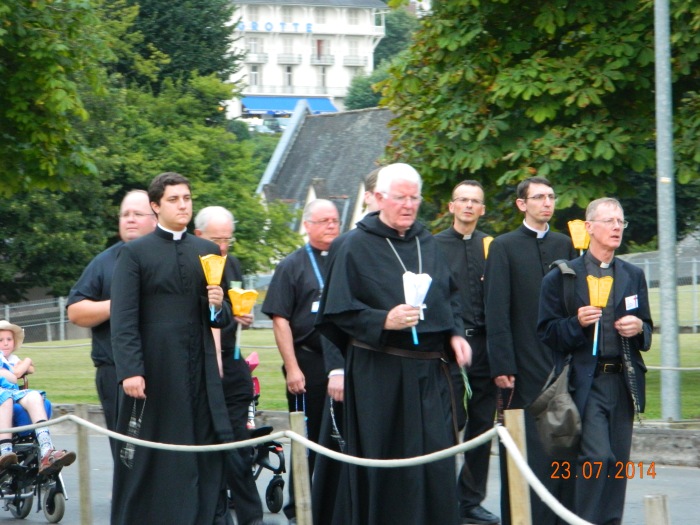 To this end, we take time out from our daily routines and so dispose ourselves to be open to another reality, which we know in faith to be the person of Jesus Christ, the Son of God.

On pilgrimage we want to see the face of Jesus, to gaze upon him whether alone in quiet prayer, or united with others in the different spiritual exercises which mark our pilgrimage.

I therefore suggest that the real point of pilgrimage is an encounter with the living God, who speaks to our hearts, and embraces us in his love.

As Bishop I have just led well over two hundred pilgrims from the diocese of Lancaster on our annual pilgrimage to Lourdes.

We were blessed to have eighty young people with us who were exemplary in the care and attentiveness they gave to the sick and infirm pilgrims who journeyed with us. 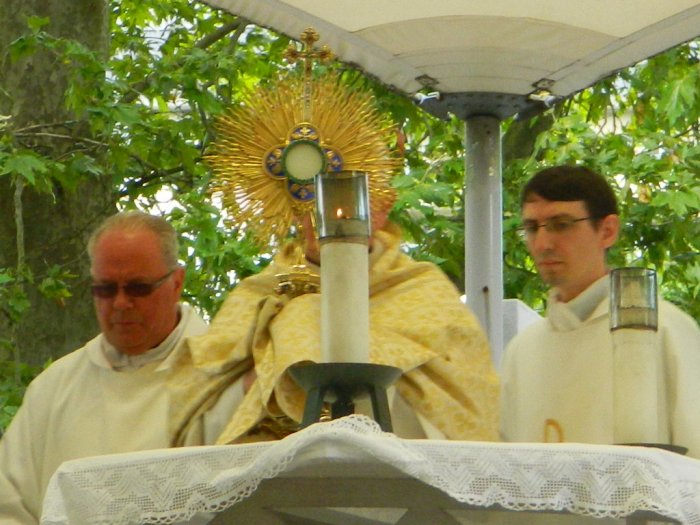 For a good number of these young people, and others as well, this was their first pilgrimage to this great shrine where Our Blessed Lady first appeared to the little peasant girl Bernadette Soubirous on February 11th, 1858.

Speaking to these new pilgrims they admitted that they were quite overwhelmed by the experience of being in Lourdes. It represented so much more than they could ever have expected, and they acknowledged that they were leaving Lourdes a different person to the one who came.

What stood out for some, or many, was the silence surrounding the grotto late at night, and an awareness of being on hallowed, even sacred ground.

The International Mass on the Sunday struck others as a marvellous example of the unity of our faith celebrated by people of many different nations and languages. All present believed in the one Mass! 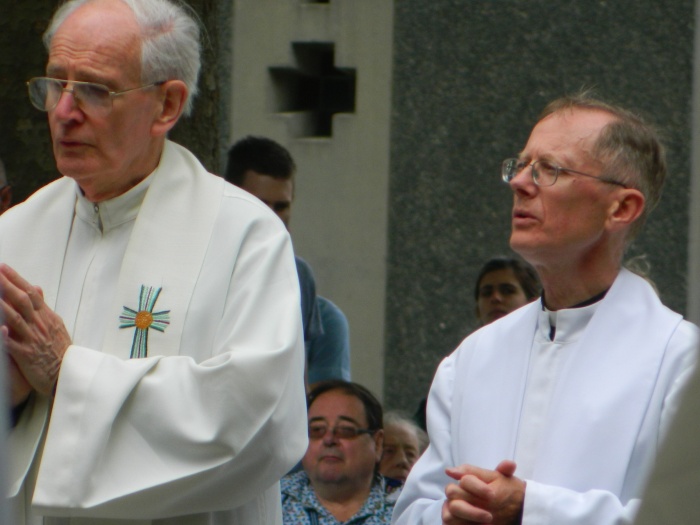 Again, the very moving Mass with the anointing of the sick touched many, as did the Eucharistic Procession, as Christ the healer walked among his weak and infirm people once more. 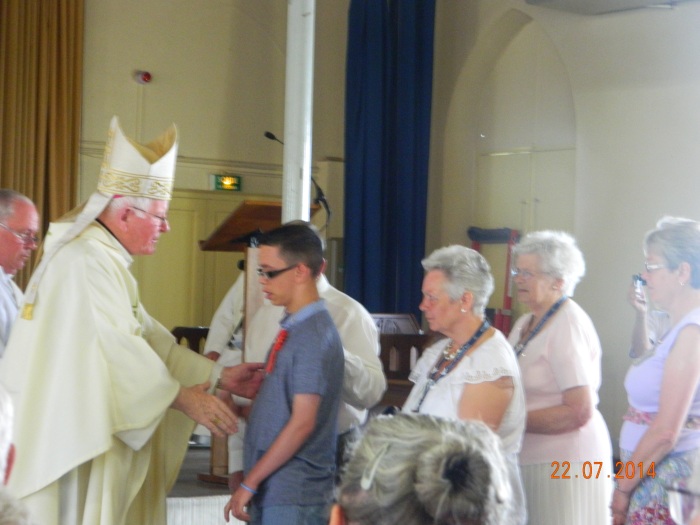 Another rich moment was the Confirmation of a boy in his early teens who has had his health problems – a real occasion of joy and delight, as shown by the sustained applause afterwards.

Our recently-created Cardinal, Vincent Nichols, graciously spoke to the Lancaster pilgrims just before Mass one morning, and he was received with great affection and real Lancashire warmth.

In his short address to us, Cardinal Nichols reflected on the meaning of the word ‘compassionate’, so much in evidence in Lourdes in the care given to the sick.

And alluding to the current debate in the House of Lords, Cardinal Vincent stressed how life was a gift to us from God from the very beginning to the natural end of our lives. God’s first word to us was Christ and he is indeed God’s last word.

So we left Lourdes, each enriched with many memories and, not surprisingly, resolved to return again to Mary’s shrine next year!

Until September now – As ever in Christ Our Lord,

Thanks to Denise, Stephen and Philip for the use of the photos