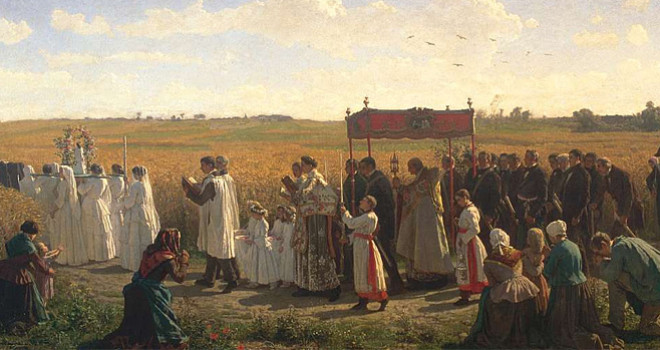 Welcome back to the Bishop’s Blog for this week! 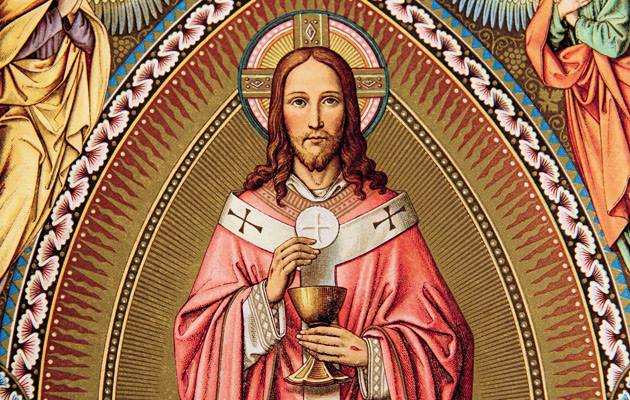 First Holy Communions are a prominent feature of parish life during the months of May and June, when children receive for the first time Our Blessed Lord in the Holy Eucharist. 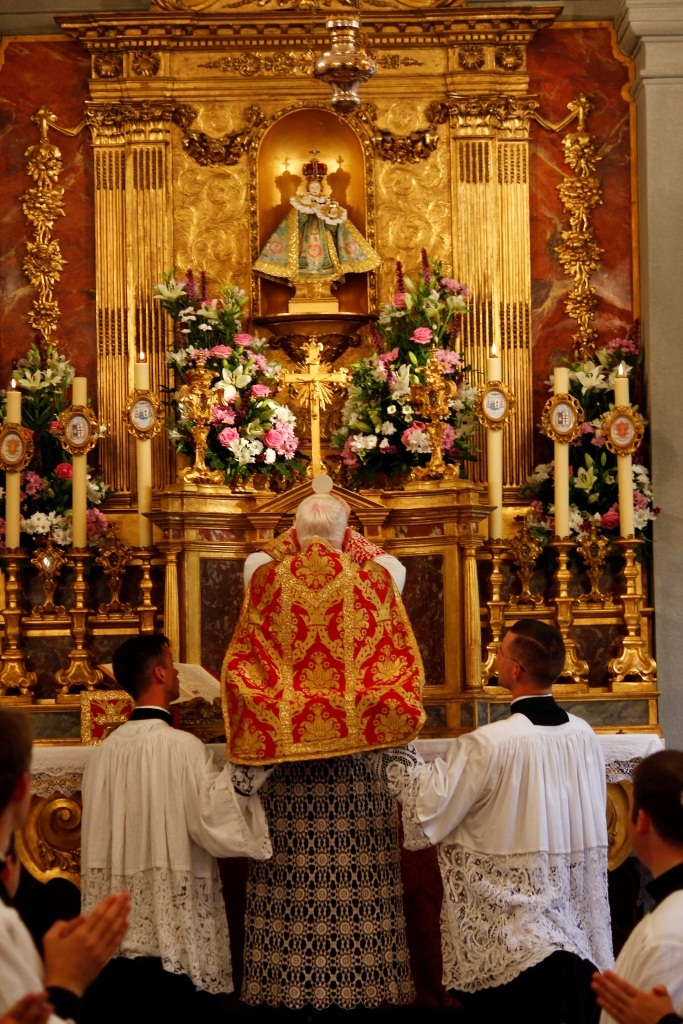 The well-turned out girls and boys, their devotion and sense of respect, give much pleasure to parents, families and to all who participate in the Mass of First Holy Communion, and of course are a sign of hope for the future of the Church.

The solemnity of Corpus Christi, which was celebrated last Thursday in many places and this Sunday in England & Wales, highlights in a very powerful way the central place the Eucharist occupies in the life and piety of God’s people.

As we honour in Eucharistic processions and adoration the sacramental presence of the Lord Jesus, we are taken back to where it all began: the Upper Room in Jerusalem.

It was there that the Lord met with his disciples to celebrate the Passover, the memorial of the deliverance from Egyptian slavery and the crossing of the Red Sea into freedom. The Gospels relate that during the Passover meal Jesus broke bread, gave it to the Twelve to eat, and declared that it was his body which would be given up for them. Likewise, he took a cup of wine and gave it to them to drink, declaring that this was his blood which would be poured out on their behalf. The Twelve were commanded to carry out this sacred ritual of bread and wine in his memory.

The Lord Jesus and the sacrificial offering of himself in death would be forever remembered by his Church by doing just as he commanded them. The solemnity of Corpus Christi is therefore a celebration of the true treasure which the Lord has left to his Church in the sacrament of his body and blood. 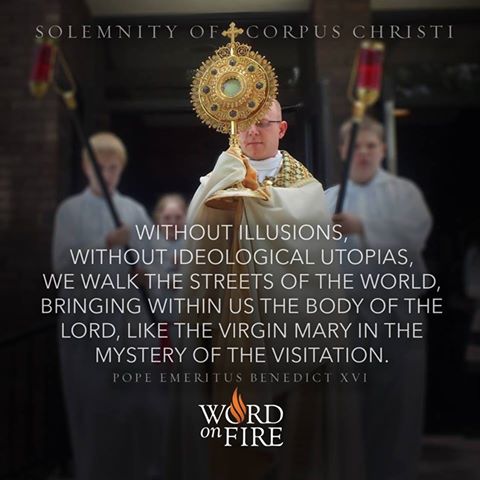 For two thousand years the Church has remained faithful throughout the vicissitudes of history, preserving in the liturgy of the Mass the mystery of Christ’s death and resurrection. In the words of St. Paul to the Church in Corinth, “proclaiming the death of the Lord until he comes” (1Cor. 11:26).

As we celebrate Corpus Christi, therefore, let us be grateful for this priceless gift of the Eucharist, ‘the sacrament of love and sign of our unity’, and strive to receive it as faithfully and worthily as is humanly possible.

St. Thomas Aquinas wrote eloquently about the sacrament of the Lord’s body and blood. He speaks of it as follows:   “O sacred banquet in which Christ is received; the memory of his passion is recalled; the mind is filled with grace, and the pledge of future glory is given to us.”

Until next week – God bless you all, 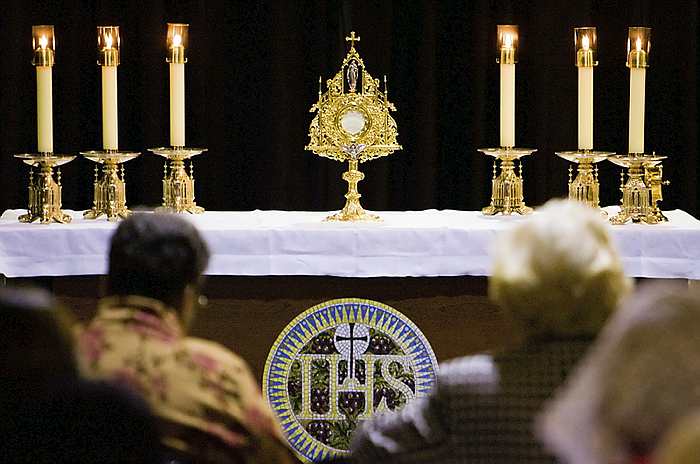